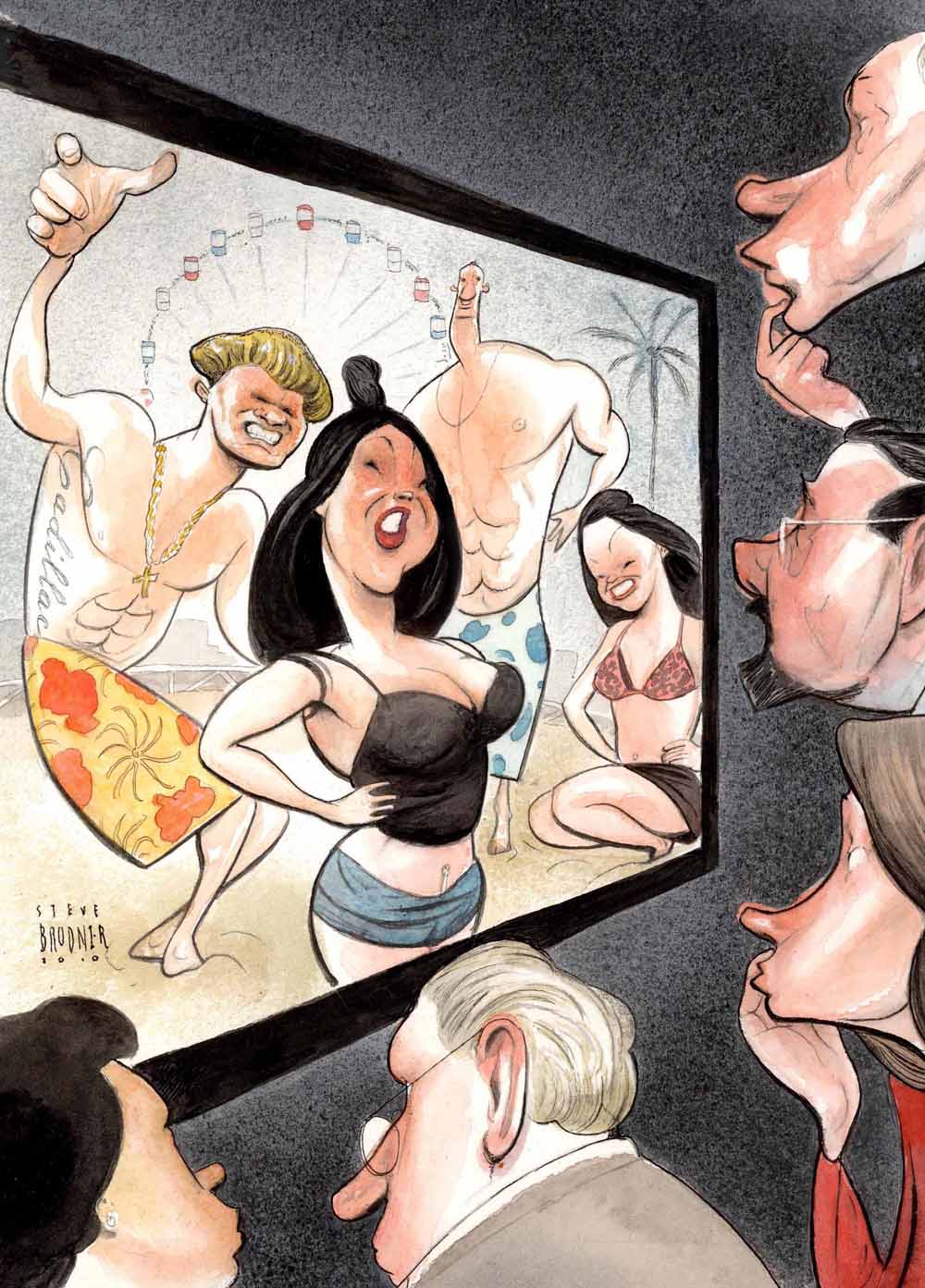 Renowned political cartoonist, illustrator, and art journalist, Steve Brodner, has affected the minds of countless Americans through his art. Whether or not you are familiar with his name, you’ve probably seen his work countless times. He has been published in The New York Times, The New Yorker, Harper’s, Rolling Stone, and many more. Brodner’s work, like Thomas Rowlandson’s, is smart, satirical, and often less than polite. Also in line with Rowlandson, Brodner is particularly active during election time.  During the 2008 Presidential election, Brodner worked with The New Yorker to create a series of editorial videos called The Naked Campaign, concerning the candidates and their views. These videos show the artist at work as he discusses his opinions on a wide variety of subjects. If you want a window into Brodner’s creative possess and political mindset, these videos are fantastic!
Click here to see The Naked Campaign
.

Brodner is coming to the Art Center on June 4th at 2 p.m. to give a tour of the exhibition, Pleasures and Pursuits of Georgian England, talking about one of his favorite artists, Thomas Rowlandson. The cost is $25 for members and $30 for non-members.

Post-War Culture of the Defeated