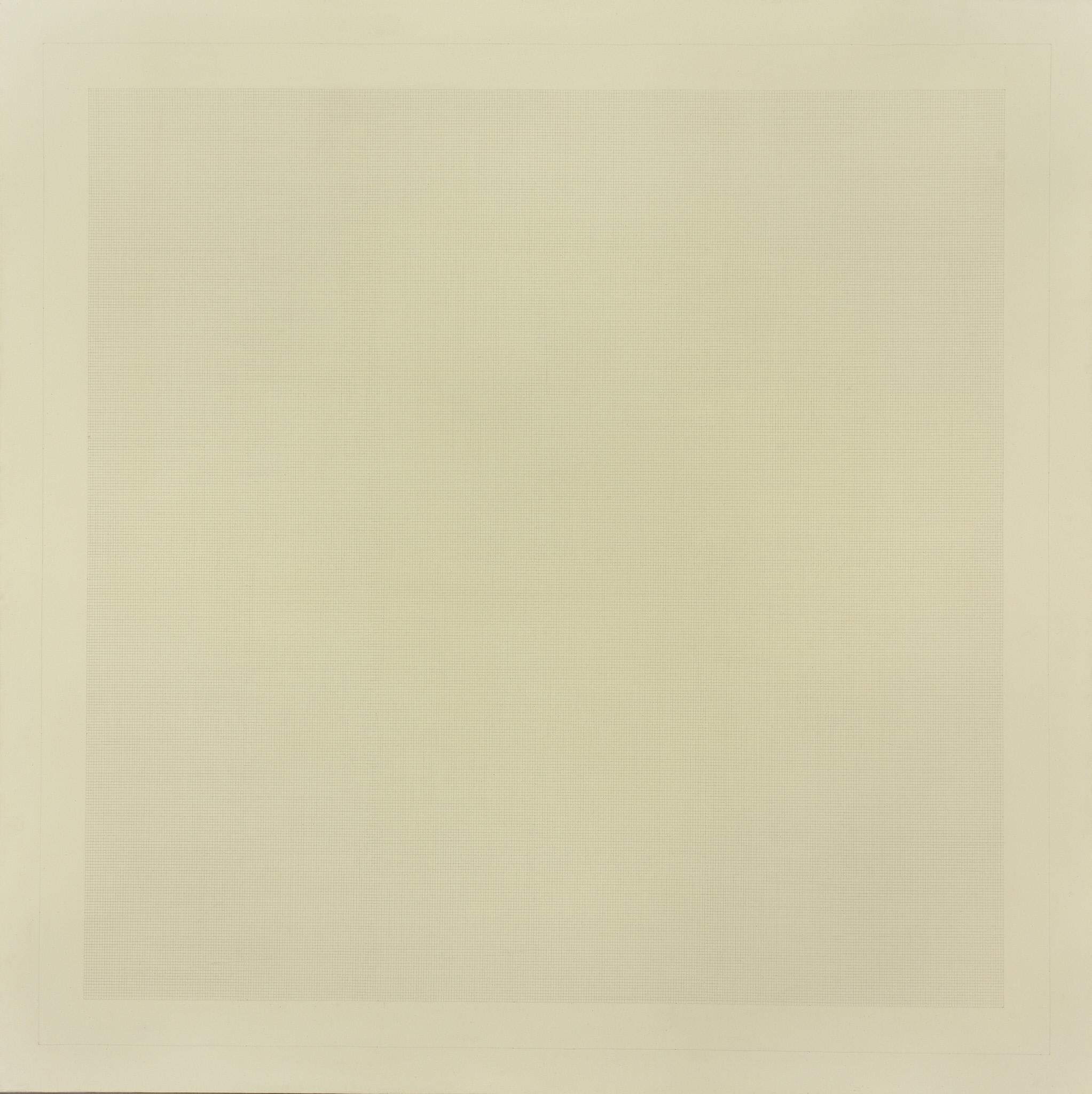 Last November, I brought two of my friends into Manhattan to see the retrospective of painter Agnes Martin’s work at the Guggenheim. While I was giddy and excited, my friends were skeptical about the impact of Martin’s stark works. At the museum we stood in a room lined with The Islands, I-XII (1979), a series of paintings done in different shades of white. Each one is a different system of blockish lines from the next. Some vertical, some horizontal, all subtle in their differences. We stood in this room for a while and just looked. The large canvases were easy to feel consumed by while standing in front of them; they loomed. In this room my formerly dubious friend stood next to me before one of The Islands and cried. I cried too. This, I told her, is what Agnes Martin is about.

In Martin’s own words her work is about innocence and joy. Her paintings bear titles like Friendship (1963), or Loving Love (1999). And for Martin these feelings arose from nature. She sought to paint the unbounded beauty of the natural world and to provoke in her viewer the deeply personal and internal state of experiencing that beauty.

Agnes Martin grew up in Canada in the early twentieth century. She came to prominence mid-century as an artist in New York, where she worked in close proximity to Ellsworth Kelly, Jack Youngerman and Robert Indiana. Her work is often described as minimalist and in a sense her stark and subtle canvases lend themselves to this description. But Martin considered herself an abstract expressionist, and that was the school of artists with whom she worked. Martin was never married and spent many of her years painting alone in New Mexico, crafting a kind of solitude reflected in her paintings. I find her works quietly comforting; before them, I must look inward as with any abstract expressionist. But unlike Rothko or Pollock, Martin pushes me to find an inner peace: something quiet rather than the typical chaos and noise of her contemporaries.

Two of Agnes Martin’s works are currently on display in the Loeb, The Harvest (1965) and Untitled #17 (1995). Of course, two isolated works provide a very different experience than an entire retrospective but the essence is still the same: Martin’s works are quieting and moving so long as you let them be. Standing before The Harvest is meditative; Martin’s lines are balanced but not perfect, subtly shaky and visibly hand-drawn. The function of Martin’s work that is most important to me is this human stillness, this visual appeal to just relax. I am chronically bad at relaxing; typically I find slowing down to be an unbearable chore. In this way The Harvest and Untitled #17 provide an extremely welcome respite.

In the Loeb, Martin’s works sit in welcome contrast to neighboring works by Rothko and Pollock and de Kooning, allowing for a rare moment of calm amidst her chaotic contemporaries. Though not as completely quieting as the Guggenheim’s mass of her work, these two paintings give a glimpse of the stillness and the bliss Agnes Martin sought to instill in her viewer.