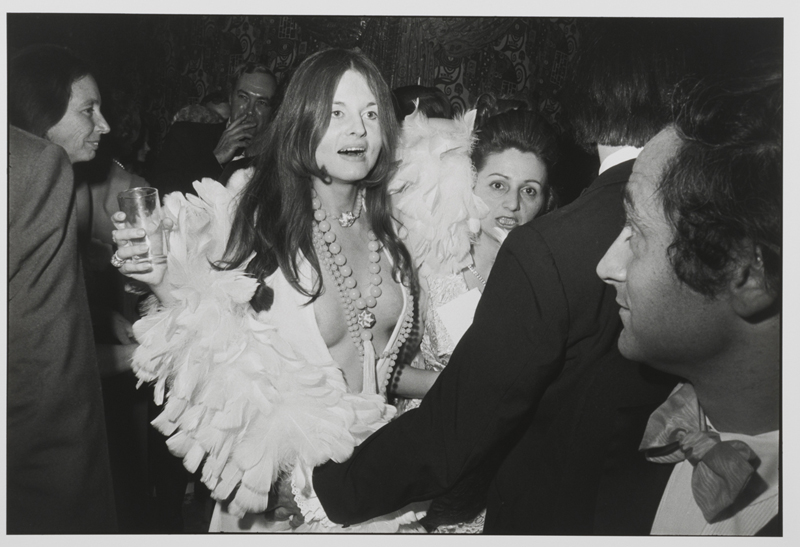 A recent exhibition that visitors to the Loeb often miss (yes, there is a gallery on the second floor) is Garry Winogrand’s Beautiful Women. This show is comprised of twelve photographs by Winogrand, each featuring a female subject over the backdrop of 1960s and ’70’s New York City. What is demonstrated through these works—all drawn from his larger series, Women Are Beautiful—is a cultural shift in the way women were able to express themselves: as independent socialites and trendsetters, free from the male counterpart and patronizing roles of the past. Forty years following the movement of documentary photographers capturing the struggles of the U.S. working class, Winogrand records with a similar effect to tell the story of social change through images.

A defining feature across all eras of documentary photography is the way the image reveals some kind of truth in displaying its subject matter. The genre is fundamentally realist, focusing on everyday people in commonplace locations and relying on the spontaneity of the moment for artistic direction. Winogrand, like many of his contemporaries, tried to reach a sense of authenticity in his work through a casual, passer-by approach which rarely included verbal interaction or permission from the subject. This is particularly noticeable in his 1969 photograph, Centennial Ball, Metropolitan Museum, New York. This piece focuses on a woman whose light, feathery dress gives her an illuminated appearance amongst a crowd of drably-dressed men. Her gaze is directed neither towards the camera nor to any of the people around her; her facial expression doesn’t hint at a conversation but rather a momentary thought or reaction. In taking this photo unbeknownst to the subject, Winogrand captures an ostensibly genuine view of the figure, representing her naturally without any intentional posing.

While the concept behind Women Are Beautiful can be viewed as empowering of women, especially during its stage in American history, it also presents certain ethical issues regarding Winogrand’s method. Photographing people without some verbal agreement is invasive, regardless of the artistic merit it holds. This is not to suggest that the discreet method is always unethical, but rather that the relationship between subject and photographer must be examined. In Winogrand’s case, he is a man photographing almost exclusively women, so it is difficult to view these works uncritically as testaments to women’s independence when the male presence is implied in their creation. His camera lens becomes a medium with which to view women through the male gaze, which ultimately misrepresents the female subject. Vivian Maier, who practiced the same method and was active during the same time period, takes a notably different approach in her representation of women. In visually comparing Women Are Beautiful with her work, it seems that Winogrand understands beauty as a bodily aesthetic while Maier understands it as an inner force within the subject that only the photographer can garner.
Looking at Maier’s untitled photograph, taken outside of the New York Public Library, the female subject appears similarly unaware of the photographer’s presence. The focus of the image is on her pensive gaze, suggesting a depth of thoughts concealed to the viewer. Maier takes a more conservative approach than Winogrand in portraying the figure—she positions the camera so that the woman’s torso appears blurred at the base of the image, perhaps due to a moving car or glare reflecting off the lens. In doing so, Maier forms a distance between her and the subject, allowing the subject more independence and agency over her thoughts. In Winogrand’s piece, this distance is nonexistent, indicating an effort by the photographer to access the subject instead of respecting her individuality, a fact reinforced by the prying view of her body. These differences illuminate the problems that can arise in the photographer–subject relationship, especially when the former is male and the latter female. It is the responsibility of the photographer not to invade the subject in order to capture a genuine perspective, but rather to allow their truths to speak for themselves.