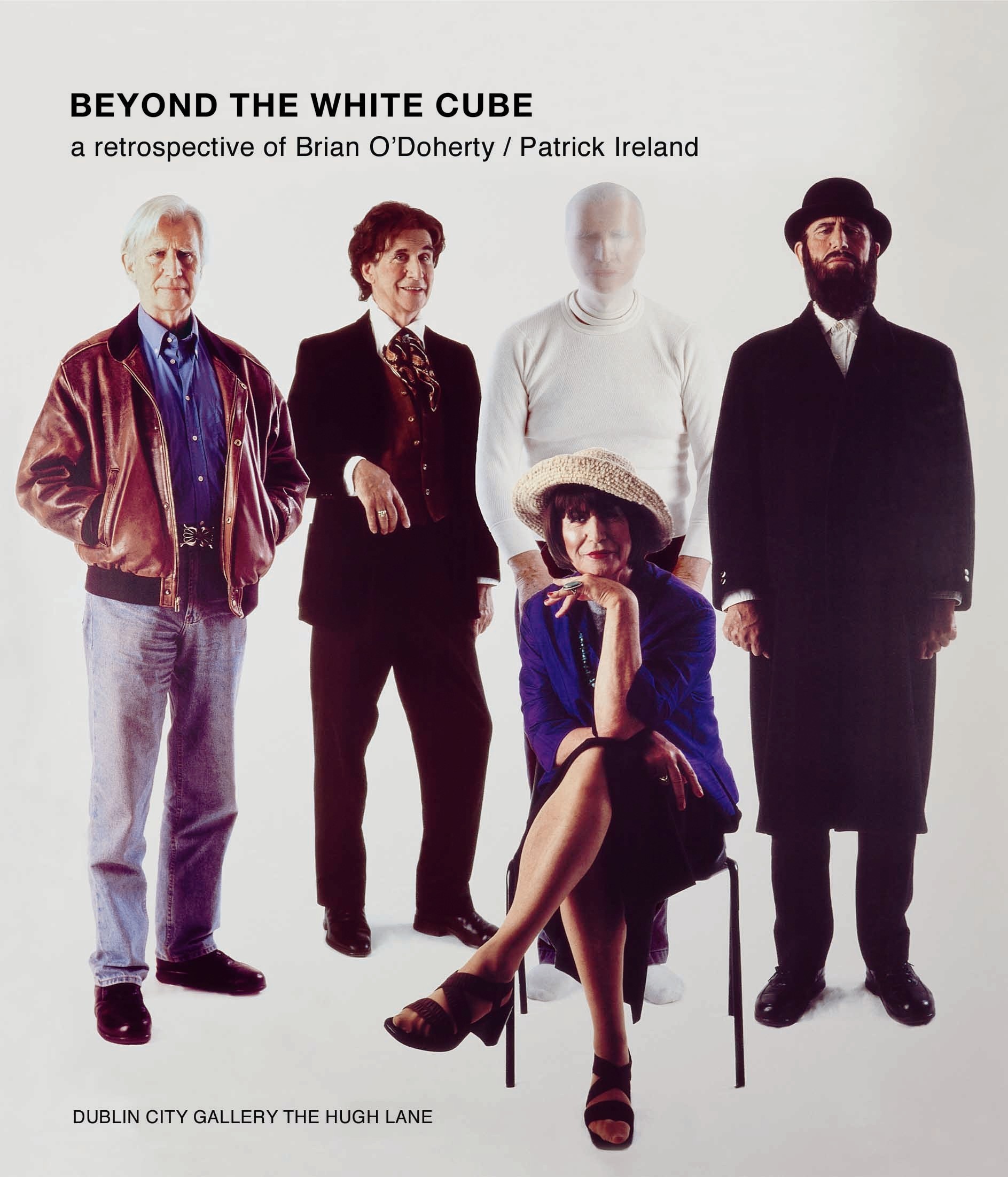 Ever feel too constrained by societal norms? So did Brian O’Doherty, Irish artist, writer, critic, and medical doctor. But he found a way around the norms.

Brian O’Doherty spoke at Vassar on Feburary 21 and shared some of his best secrets. A tall and lean man in a tweed jacket, white-haired, good-humored, 83 years old, O’Doherty explained how it is possible for one man to do everything.

Early on in his career O’Doherty realized that, if he built a reputation in any one profession, he would not be allowed to do much outside of it. He wanted an opportunity to carry out all of his ideas, so, whenever something did not fit with his current line of work, he just invented a new personality for himself.

O’Doherty started life as a doctor, after going to Cambridge University and then doing research at Harvard. During his time at university, he says, he never stopped painting. I have heard that medical school is hard, so I couldn’t resist asking O’Doherty how he had the time to do art. There is always time, he said. He liked it, he knew he wanted it, and he did it.
After Harvard, O’Doherty—a young Irishman with an M.D. and a passion for art—moved to New York. He exhibited in galleries throughout the city, worked in TV as an on-air art critic, and befriended Marcel Duchamp. One of his earliest artworks was an animated representation of Duchamp’s heartbeat. It was an electrocardiogram and, in fact, a readymade—made directly by Duchamp’s heart. O’Doherty bettered Duchamp at his own game, and Duchamp (who had conceived of the notion of  “readymade” artworks before O’Doherty was born) liked it.

After doing some implausibly different types of work, O’Doherty became very critical of the notion of expertise. He noticed that people regarded as experts in their own field are frowned upon if they venture into more distant areas—to the detriment of creativity. O’Doherty realized that he would have to do something new. If the rule was that one person could only do one thing, then he would have to be different people.

Throughout his career, Brian O’Doherty was several different people. He was Sigmund Bode—German art historian, brilliant scholar, and a bit of a bore; William McGinn—a snazzy Irishman in London, a writer, literary agent, and bon vivant; Patrick Ireland, Irish artist with a strong national consciousness; and Mary Josephson, feminist, art critic, and a great wit.
All of O’Doherty’s alter egos published or created artwork in their own name. Sometimes they went a bit far—McGinn published negative reviews of his own work under yet other pseudonyms, in order to get publicity. Brian O’Doherty critiqued the work of Patrick Ireland, and Mary Josephson, in turn, critiqued O’Doherty. They were a lively crowd.

Today, Brian O’Doherty is mostly known for three things. The first is his brilliant character play, which often went unnoticed until he himself chose to reveal his secrets. The second is Duchamp’s most intimate readymade—his heartbeat, recorded by O’Doherty. The third is a book called Inside the White Cube, which changed the history of museums forever—but that is another story.

“Why aren’t you more famous?” is a question that O’Doherty has been asked many times. His answer: “Because I did everything.” He has a large oeuvre, but it is not just one. What can I say? Look further—the story of a great artist is never simple, and this particular one will occupy art historians for some time.

Some works by Brian O’Doherty are currently on view in the Vassar Art Library and in the Frances Lehman Loeb Art Center.

A Legacy of Snapshots: The Lasting Influence of Polaroid