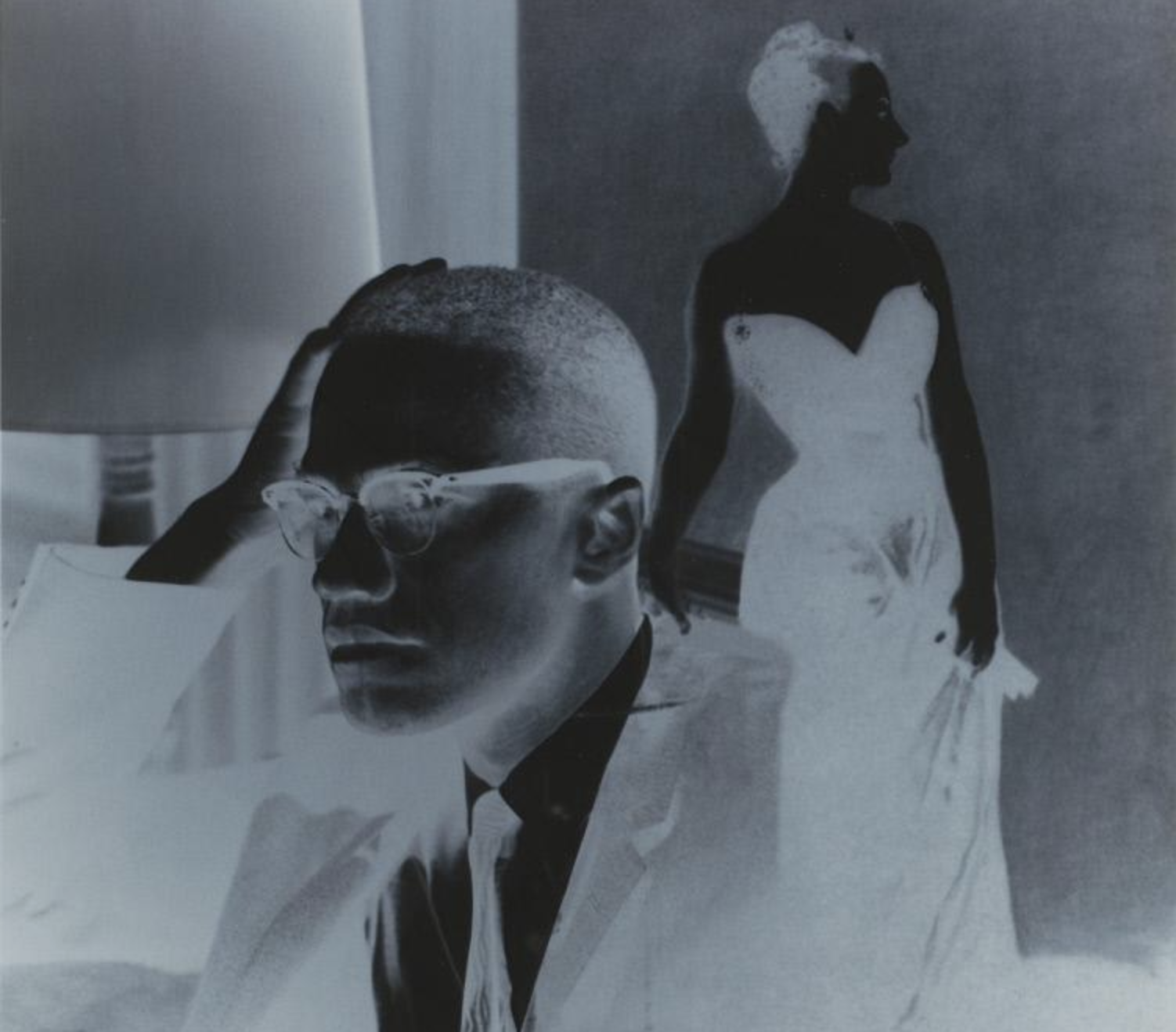 In light of Black Lives Matter’s amplification and the spread of an international anti-racist movement over the past few months, many museums and art institutions have made increased efforts towards the representation of Black artists and subjects. The Loeb’s current photography exhibition, Visible Bodies: Representing Blackness, is made up of works from the permanent collection by Black American photographers. The exhibition emphasizes the way photography as a medium shapes the way race is represented: through a certain frame and light, and in the context of its creation. One of the works in the exhibition is X, by Fred Wilson. Wilson superimposes an image of John Singer Sargent’s Portrait of Madame X (1884) onto a famous photograph taken of Malcolm X in 1964 by photographer Marion S. Trikosko. The combined image is then inverted in color; both figures are depicted as negative images. Among other things, Wilson’s work raises two issues of representation in art: the idea of a traditionally accepted “canon” of art, and how the technical processes used to produce works of photography impact representation.

For the purposes of this post, I’ll be focusing mostly on the technical issue, but it is important to acknowledge Wilson’s commentary on the Western canon. The canon refers to what has been widely accepted as “great art” historically and in the contemporary era. Madame X is a very recognizable figure in this canon and therefore serves as a wider representation of it. The canon is arguably problematic as it is highly Eurocentric and overwhelmingly white with a colonial history. Wilson’s work places Malcolm X in the foreground of Madame X, actively standing against the historical exclusion of non-white figures in art.

Wilson’s work also invites an exploration of the intersection between the technical processes by which photography is produced and the societal forces that impacted the development of the medium. The societal development of photography is the subject of British film critic Richard Dyer’s 1997 book, White. The book explores the complex nature of “whiteness” and how culture has created and upheld its definition. In a chapter titled “the light of the world,” Dyer explains the specific technical ways in which photographic media created a modern understanding of whiteness.

In photography and cinema, the most important element is light. Dyer’s list of the most important effects of light on a piece of photographic media includes reflections, the properties of the subject, the stock, exposure, development, and projection. Historically, the way film is developed has centered around making white faces visible; therefore, depicting non-white subjects requires specific changes in technique.

As Dyer describes it, “Stocks, cameras and lighting were developed taking the white face as the touchstone. It may be—certainly was—true that photo and film apparatuses have seemed to work better with light skinned peoples, but that is because they were made that way, not because they could be no other way.”

Early film stock, orthochromatic stock, failed to accurately pick up reds and yellows, making white skin and light hair appear darker. In order to make white actors with blonde hair look especially white, backlighting was used. Backlighting remains a widely used lighting process in film. New film stocks were also produced specifically to counter this discrepancy. Even the use of technicolor was not considered the norm for decades after its invention because it could not accurately pick up skin tones. At the heart of photographic media production is a history of racial bias and an intentional focus on whiteness as the norm.

Fred Wilson’s X subverts the traditional understanding of photography by putting both his figures in negative light as negative images. It’s not clear if Wilson was intentionally speaking to the historical inequalities in photographic technologies, but his work captures a powerful expression of blackness as the center of his work of art. This work in the context of both the Loeb’s exhibition and Dyer’s writing emphasizes the important notion that racial bias is ingrained in photography as a technology and a medium.

Visible Bodies: Representing Blackness is on view in the Hoene Hoy Photography Gallery through March 7, 2021. An online version of the exhibition can also be viewed here.

In Focus: Autumn in North America

Behind Closed Doors: Hunting and Gathering

Guide to a Guilt Free Visit to the Museum